Since the next lines of the Yoga Sutras text already contain the category of Samadhi used by Patanjali, at this stage it becomes fairly appropriate to start figuring out the meaning of this term, let alone that this notion probably comes as the most mystified one of all (well, maybe, except for the Chitta J). In order to understand the scale of its misunderstanding let us use the definition given in the Wikipedia [the Russian version of the Wiki – trans. note].

Samadhi (Sanskrit: समाधि, samādhi IAST, “wholeness, unity; implementation, performance; composure”) – in scope of the Hinduism and Buddhism meditative practices – it is the state when the very idea of personal individuality (but not the consciousness) disappears and there emerges the integrity of the perceiving subject and the perceived object. The Samadhi is the state of (spiritual) enlightenment  achieved by means of meditation when the mind becomes very still and all contradictions between the internal and the external world (the subject and the object) vanish, when the individual consciousness as a microcosm merges with the cosmic absolute as a macrocosm. The Samadhi is the last stage of the Noble Eightfold Path that brings the person most close to the state of Nirvana.

Actually, the above-written is a total nonsense that mixes up the yogic and the Buddhist psycho-practices (in their illiterate, semi-theosophical interpretation) with the concepts of the Greek natural philosophy (the microcosm and the macrocosm), of the Western philosophy (the object and the subject) and of some obscure theology (the cosmic absolute). And as a ‘confirming kill’ they associate the Samadhi with the Buddhist Eightfold Path. But what is the most unpleasant thing here is that this is the way Samadhi is ‘understood’ by the majority of the self-made “yogins” who put some extra-nonsense on the top of this absurdity; for instance (upon analysis of the first page of results given by Google when requesting the ‘Samadhi’ notion) they say that Samadhi is “the soul’s going beyond the physical body” (the fibs regarding the post-Leadbeaterian astral projections with silver cord), the “contact with the God and Supreme Reality”, the “highest level of the soul development” and so on. And nobody gives a damn that there is a contradiction between the first and the second parts of the definition because the Buddhist teaching simply does not provide for either ‘God’ or ‘soul’. However, all these extravagances are just the mole holes when compared to the top-of-the-top absurdity found on that very first page of the Google searcher results:

“The practice of the underground Samadhi is performed in a hole that has some certain size and proportion that one should mandatory take into account when preparing all conditions for this type of Samadhi.

9х9х9 feet (1 foot = 30,5cm) – this is set for experiencing the inviolability and divine infinity.

7х7х7 feet – this is set for contacting the divine energy of Jupiter and the energy of compassion.

5х5х5 feet – this is set for contacting Venus and Moon that lead all mankind to the One Heart”.

Unfortunately, a lot of quite adequate interpreters also fail to facilitate the understanding of this term by translating it, for instance, as the “absorbtion of consciousness” (Govindan). So we should not take offence at Vivekananda who has modestly translated Samadhi as “concentration”. At least such translation variant will not do much harm…

Therefore let us try to free our head from all available stereotypes and preset understandings and to figure out the subject matter of Patanjali’s Samadhi relying upon the original source itself.

First of all let us state the following: 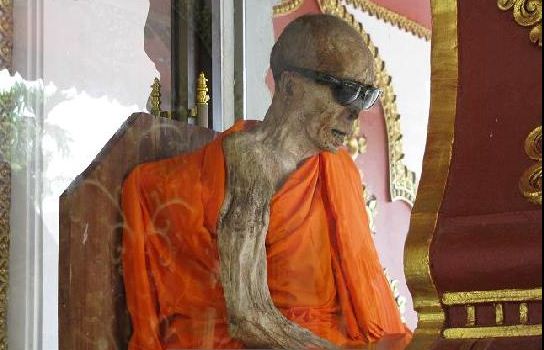 Тherefore, all the prejudices and opinions about Samadhi circulating in scope of the mass pseudo-esoteric consciousness are not based upon the text of Yoga Sutras.

On the other hand there is one aspect of the Samadhi state that, on the contrary, has been described in details by Patanjali yet is omitted by the great majority of commentators [1].  This is the COGNITIVE aspect, i.e. the one related to the increment in some new knowledge. They probably fail to notice it because the major part of those who today take a fling in yoga are either the recreational athletes or religiously focused people, i.e. the people who are not much familiar with the process of intellectual creation and who would have difficulties in catching rather obvious analogies with such creative works in the descriptions made by Patanjali.

I shall explain the idea of mine.

The study of a complex and so far not well defined category that denotes the state of consciousness that we have not yet interpreted (and there are no doubts here) can be done in the following ways.

Let us start from the definition of Samadhi and its preceding states of consciousness that the author gives in the third chapter.

3.1 Dharana is holding the mind on to some particular object.

By the way, the Sanskrit word dhara has two denotations: the first one is bearing or holding, retaining of something, and the second one is the razor blade. Hence comes the Yefremov’s book “Razor Blade”. Why is it the “razor blade”? Because one can hardly hold oneself on it. Dharana is not simple holding of an item (I am holding a table), yet it is keeping oneself from… The balancing. In this connection there is a detailed definition of Dharana given in Mokshadharma: imagine there is a man who has been put a vessel full of water on his head and has been offered walking with it, and there is another man walking behind him who has said he would behead him should the one with the vessel spill a drop of water. The state of the man carrying the vessel is the Dharana! One can hardly find some better definition – this is a succinct and a metaphoric one. That is, Dharana is retaining oneself in some certain preliminary selected state. For instance, if you have decided that “I will be thinking about Yoga Sutras” you think exactly about it. And you don’t get distracted; no matter what happens, you purposefully take your mind back to Yoga Sutras. Or, for instance, you have made up your mind to hold to the state of joy, so that whatever happens you proceed to cultivate and retain the state of joy. Or you have decided to respond in Manipuric way to every situation that happens, and despite others’ playing with your head on Ajna, Anahata or Svadhisthava, you still respond in Manipuric way. These are all examples of Dharana. That is, you have selected some certain state and you abide by it. When we speak about some particular object, it can be either the internal or the external one.

By the way, in scope of religionized commentaries on Yoga Sutras this comes as the field for juggling, when, for instance, instead of the ‘object’ they say ‘God’ and then proceed with their usual religious scholasticism. Although from the text we draw that Dharana is just the retaining of the selected state.

Another “bug” in terms of understanding the meaning of Dharana is based upon the attempt to substitute the reflection on the object by simple concentration of one’s attention on it. The suggested by some people thinking about a cup is not the Dharana. Dharana is the ability to concentrate on the problem solution.

3.2 An unbroken flow of knowledge to that object is Dhyana.

Let us say, you have decided to think about something, for instance, the same very Yoga Sutras, and so you were thinking about it, then got distracted, then recalled “no! I have my dharana!” and returned to your thinking, then once again got distracted and so on. We all know this feeling J. But at some point there may emerge a state when you become so much carried away by some topic that there is nothing else you can think about. You don’t have to force your mind back to the object, for it is already captured by reflecting. This is the Dhyana. One can understand the state of Dhyana when being in creative pursuit, when you come back to the topic again and again, and then you become so much overwhelmed by the topic that it becomes everything that you can think about. You cannot get distracted, you don’t want anything else, you don’t want to eat or sleep – this is the Dhyana. It can be well observed during the brainstorming process. Several people have gathered together and they think about some topic, they are totally carried away by it and they speak about it only – this is the Dhyana. It comes when this process turns into something totally natural and there is no need to hold the consciousness by force. It holds it there itself.

There are the commentaries – I don’t know the name of their original author but they’ve been copy-pasted almost to every book – about the relation between the object and the subject: when the object and the subject are next to each other – this is Dharana, when they have merged – this is Dhyana, when they have identified with each other – this is Samadhi. Nice description, but it has nothing to do with reality. And frankly speaking, this is nothing but total nonsense.  Dhyana is the state of creative ecstasy when you are thinking about one thing only, when you are creating a dance, a book or something else and there is nothing else you want to think about. This is the Dhyana. But this state does not come out of a sudden; you have to “work up” yourself to it by means of Dharana. That is why the YS author has united the Dharana, Dhyana and Samadhi together into the unique three-staged process called Samyama. That is, at the beginning your concentration on the topic is a forced one, then you become carried away by it, and then comes the insight. That’s it – you have understood. You have found the way the riddle can be solved, you have staged the new dance, created the new rhyme or the new business-scheme. You have sorted out the core point of the issue. And everyone who’s been engaged in creative activity and has faced such situation knows that the feeling of the solution that’s been found comes immediately. Like a flash. It’s like everything becomes immediately clear, and then you are “turning back” to this understanding within the process of further intellectual refinement of the details. Sometimes you can “drain” one such insight for years. This is the state called Samadhi. And this is what Patanjali writes about.

3.3 When that, giving up all forms, reflects only the meaning, it is Samadhi.

The state of Samadhi comes when the process of cognition reflects only the meaning of objects, their subject matter.

You were reflecting, you were tormented with thoughts, the process was going on, and then you’ve understood: “this is how it is!” In scope of this it is not only the understanding that emerges, but also a strong emotional respond that is known to everyone who has experienced such state and that is described in the line 1.17. But this is already the topic for the following posts.

[1] Frankly speaking, I don’t know any single person who would pay his attention on it, but I have put in is some mild way out of courtesy and just hoping that I have missed something reasonable.